So a while back, I've noticed that my parents have lots of unread emails, somewhere in the thousands. A lot of them seemed to be spam or marketing emails. I also know of lots of people who seem to be very good at managing their inbox. For me personally, I have around 0-10 emails unread in my inbox, as I keep emails I want to respond to unread, or emails which represent to-dos.

It seemed likely there was a bimodal distribution, with lots of people close to zero, and lots of people at infinity, or whatever the max email limit is. To figure this out, I ran a super informal survey on my Facebook friends, and I got 80 responses. I give the results below:

(Note the data can be found here. If you want to add your data, you can take the survey here.)

Here's a histogram which shows the general distribution: 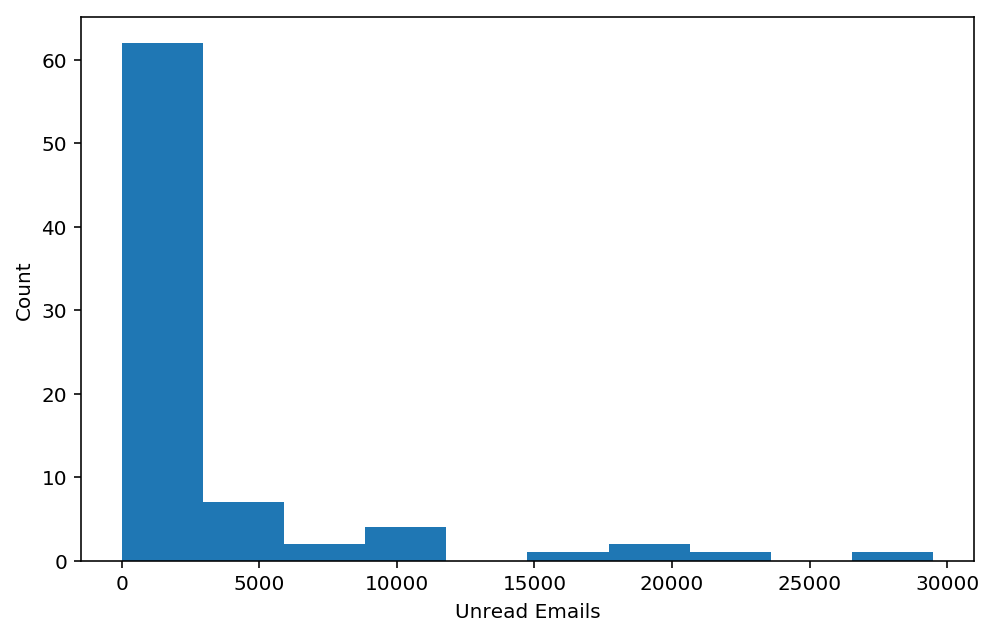 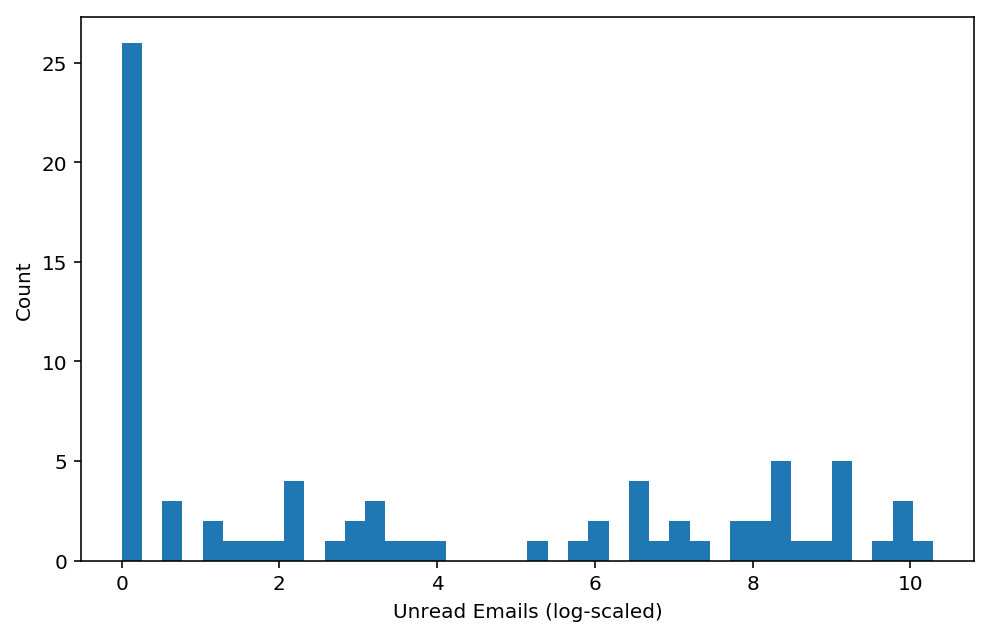 Now we see that around half of the participants are at 100 unread emails or less. Out of the 80 participants, 25 of them had exactly 0 emails in their inbox. In general, I think my friends are much more productivity focused than the general crowd. I expect more people to have heard of things like inbox zero.

I also asked for the participants' ages. Most people were between 18 and 35. I've plotted the them below in a scatter-plot: 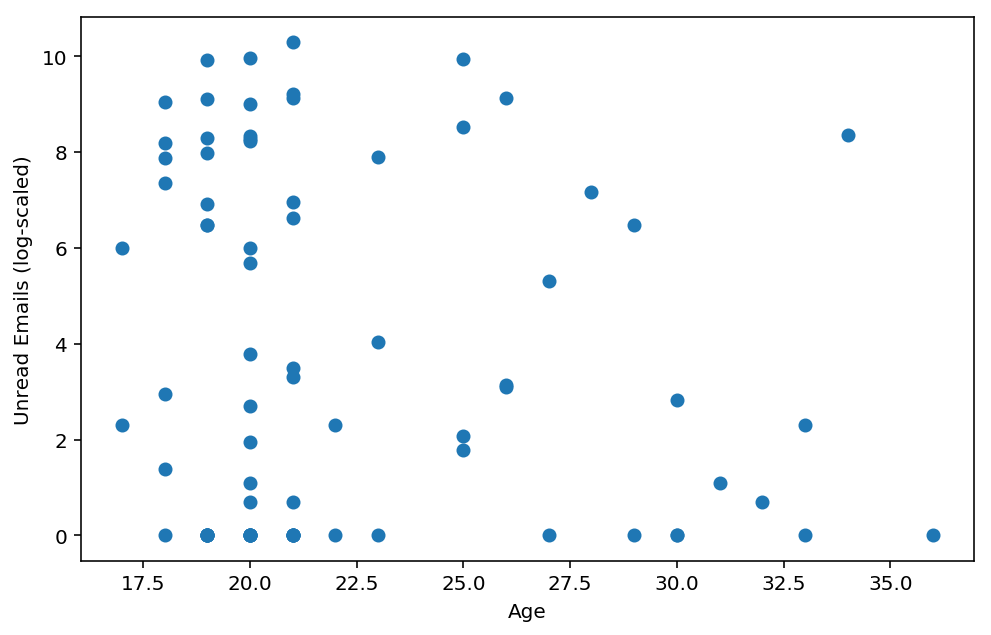 Maybe an older (or younger) crowd would have different numbers? I don't expect to draw any grand conclusions from this all. Mostly just to sate my own curiosity.