I think I missed the memo on this, but apparently 2x2 squares have been the sexy thing to do when talking about concepts for a while now, re: Ribbonfarm? Anyway, I've been trying to square some thoughts about how it feels to do a task, and it seems like a 2x2 is the right way to go about it. 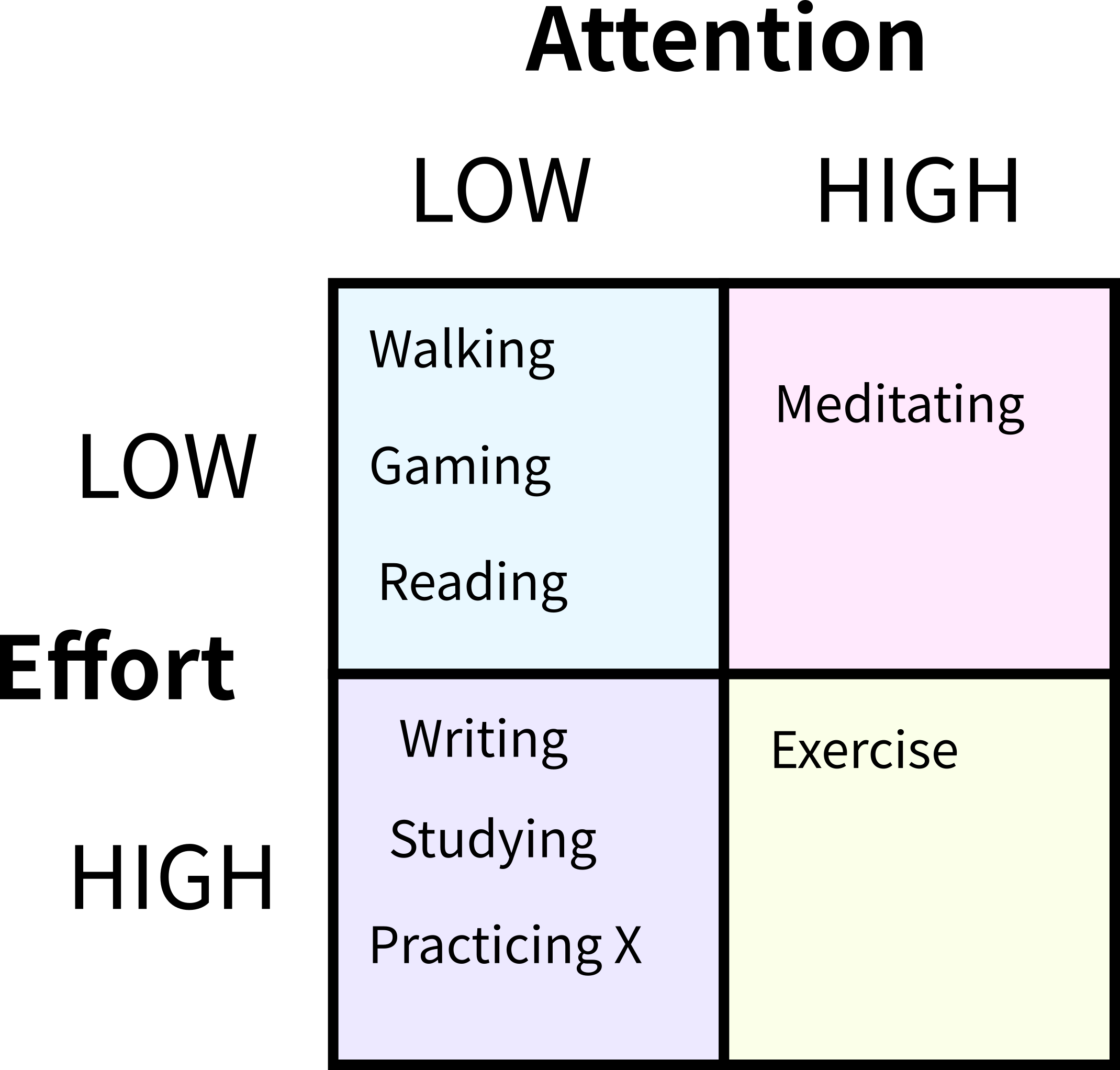 Tasks with low effort are easy to start, you can think of them as things you don't have a lot of resistance to start. High effort tasks, for some reason or another, are aversive to start. They might be outcompeted by other, more attractive options, or maybe you've got some internal conflict to resolve.

Tasks with low attention are ones where it is easy to keep going. This typically corresponds to a flow-like state. Your attention is occupied by the task. High attention tasks are ones where you constantly jump out of the moment.

What is this model useful for? I don't know...for now. I'm happy that it provides another perspective on the same idea I was trying to gesture at in Attractor Theory, but in a cleaner way, though.